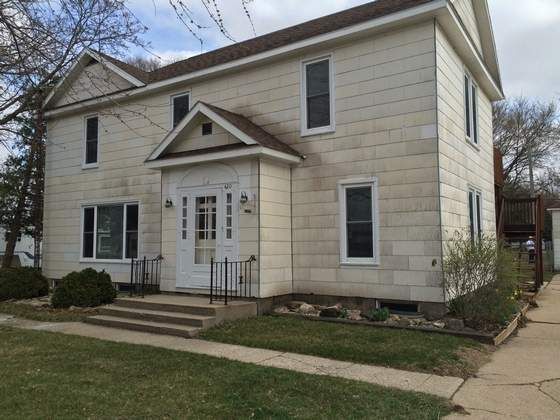 This house at 420 16th St. NW in Waverly could soon be the location of a vets-only homeless shelter in Bremer County.
PHOTO COURTESY OF KCRG

WAVERLY | A final OK from Bremer County supervisors is all that’s needed to start a unique homeless shelter in Waverly.

It’s a shelter that would serve only homeless veterans, offering either short-term stays of a few days or transitional housing of a few months while someone gets back on their feet financially.

The 120-year-old home under consideration as the site for the shelter sits at 420 16th St. NW in Waverly. It would be the second vets-only shelter in Iowa, along with one already in place in Mason City.

The house, built in 1895, will come down eventually to make way for senior housing similar to some other nearby units.

Rebecca Laas, executive director of Waverly Homes, said the nonprofit group bought the large house last fall strictly to have the land for future expansion. But Laas said some Waverly-area veterans approached with the idea of using the home as a shelter for veterans in need until it was time for demolition.

Laas said her board of directors considered the request and said “sure.”

“It’s a good use. We don’t want to have to deal with renters and it’s a need in the community, so we thought why not?”

Neal Jarnagin, director of Bremer County Veterans Affairs, said the offer from the housing nonprofit was simply too good to pass up. For $260 a month, the cost of utilities alone, the county veterans organization will have housing space for up to seven vets or family members at a time.

The nonprofit doesn’t expect to need the land for expansion for two to three years. Jarnagin said that’s time for local veterans to determine if the vets-only shelter fills a need. If it does, there will be time to begin fundraising for a permanent location.

“We’re going to have our problems. We’ll have our success stories. We’ll look at the overall cost to see if we’re doing good,” Jarnagin said.

The veterans affairs director said the shelter will not have staff on duty to keep costs down. And they’ll depend on donations keep operations at the five-bedroom house going. The low cost means the county veterans office can put the project in its current budget without the need to find more funding.

Lyman Campbell, a Vietnam veteran who proposed the idea, said one reason to make it a vets-only shelter is primarily comfort level. Veterans who’ve fallen on hard times are more comfortable around other veterans who share similar experiences. That could play a part in recovery.

And offering those homeless vets an address also could help in dealing with potential employers.

“They won’t have to say, ‘I’ll have to get back to you, I don’t have a place to live right now.’ Instead, they’ll instantly have an address and even a phone number for employers to contact them about a job,” Campbell said.

Except for a few minor fixes, the house is move-in ready. Some donors have already promised furnishings.

So assuming a “yes” from the Bremer County Supervisors on Wednesday, the shelter house for veterans could open in less than a month.

Campbell said the veterans affairs office is currently working with three to five veterans and families who might benefit from shelter. One veteran just got a job and will probably get housing on his own. So the first tenant of the new vets-only shelter may be a female veteran with two kids.